DS Tech has been serving the Michigan area since 1976, providing IT Support such as technical helpdesk support, computer support and consulting to small and medium-sized businesses.
Categories
Tags

Tech Giants Are in on AR

Augmented reality has been one of the most cited emerging technologies for the past few years. It was the technology that was supposed to fuel Google Glass, the failed attempt at creating a pair of revolutionary smart glasses. Since then, there hasn’t been much press about AR in the mainstream media and not much is known about major tech companies’ attempts to improve AR technology. 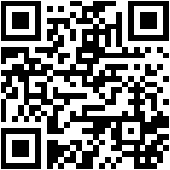